The Fundamental Theorem of Calculus Made Clear Once For All

The fundamental theorem of calculus is a simple theorem that has a very intimidating name. It is essential, though. So, don't let words get in your way. This theorem gives the integral the importance it has.

The fundamental theorem of calculus has two parts. The first one is the most important: it talks about the relationship between the derivative and the integral.

How the heck could the integral and the derivative be related in some way? Patience...

First, let's get some intuition. Let's say we have a function f(x): 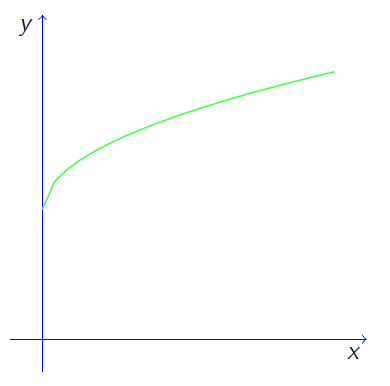 Let's take two points on the x axis: a and x. And let's consider the area under the curve from a to x: 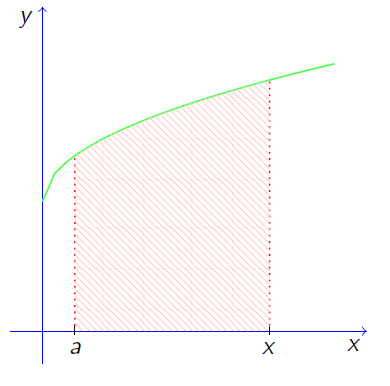 If we take a smaller x1, we'll get a smaller area: 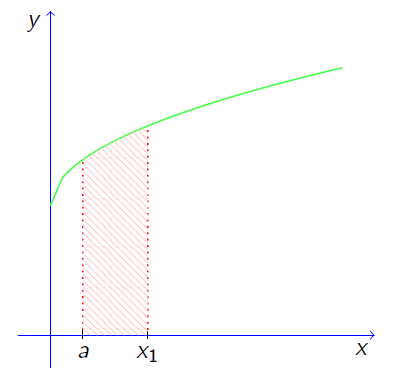 And if we take a greater x2, we'll get a bigger area: 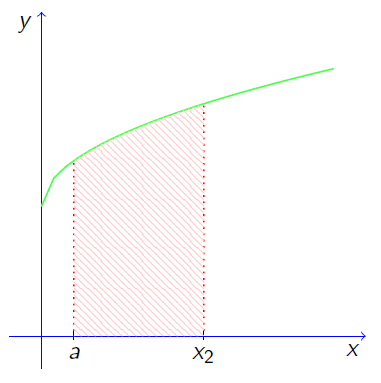 I do this to show you that we can define an area function A(x). This area function, given an x, will output the area under the curve from a to x.

Of course, this A(x) will depend on what curve we're using. In fact, we've already seen that the area under the graph of a function f(t) from a to x is:

So, we can define our function A(x) as:

The first part of the fundamental theorem of calculus simply says that:

That is, the derivative of A(x) with respect to x equals f(x).

To get a geometric intuition, let's remember that the derivative represents rate of change.

So, our function A(x) gives us the area under the graph from a to x. That is, the area of this geometric shape: 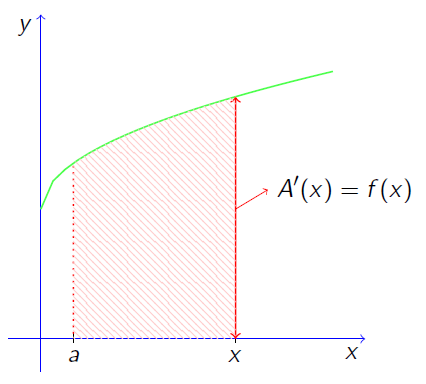 A'(x) will give us the rate of change of this area with respect to x. The fundamental theorem of calculus says that this rate of change equals the height of the geometric shape at the final point.

To me, that seems pretty intuitive.

The Second Part of the Fundamental Theorem of Calculus

The second part tells us how we can calculate a definite integral.

As we learned in indefinite integrals, a primitive of a a function f(x) is another function whose derivative is f(x).

The first part of the theorem says that:

That simply means that A(x) is a primitive of f(x).

Let's say we have another primitive of f(x). Let's call it F(x). In indefinite integrals we saw that the difference between two primitives of a function is a constant. That is:

We can also write this as:

But remember also that A(x) is the integral from 0 to x of f(t):

In the first part we used the integral from 0 to x to explain the intuition. However, we could use any number instead of 0. This does not make any difference because the lower limit does not appear in the result.

So, replacing this in the previous formula:

Here we're getting a formula for calculating definite integrals. Remember that F(x) is a primitive of f(t), and we already know how to find a lot of primitives!

The last step is to specify the value of the constant C. Now, remember that x is a variable, so it can take any valid value. If we make it equal to "a" in the previous equation we get:

But what is that integral? This integral gives the following "area": 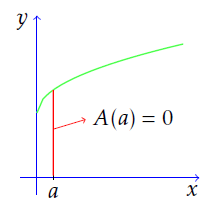 And solving for C:

We have the value of C. Now, if we want to calculate the definite integral from a to b, we just make x=b in the original formula to get:

And that's an impressive result. This formula says how we can calculate the area under any given curve, as long as we know how to find the indefinite integral of the function.

So, for example, let's say we want to find the integral:

The fundamental theorem of calculus says that this integral equals:

So, the definite integral is:

As you can see, the constant C cancels out. This will always happen when you apply the fundamental theorem of calculus, so you can forget about that constant.

This integral we just calculated gives as this area: 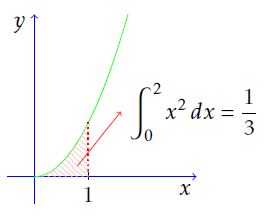 This is a remarkable result. You don't learn how to find areas under parabollas in your elementary geometry!

The formula that the second part of the theorem gives us is usually written with a special notation:

In example 1, using this notation we would have:

This is a simple and useful notation. You'll get used to it pretty quickly.

Return from Fundamental Theorem of Calculus to Integrals